Vertigo Theatre Productions has become one of the oldest and most successful fringe theatre companies in the North West of England.

The company owned and founded by Craig Hepworth (award winning in house writer and director) and Karl Burge (Producer) is dedicated to new original works and staging rarely performed works. The company has staged over 30 productions, all sell outs and all receiving positive notices. Our aim is to push our fringe work in to the commercial market whilst staying loyal and true to our superb team of actors and our artistic vision.

We landed the rights to the BAFTA nominated movie EXAM and adapted it to the stage just prior to the Pandemic, and that will tour the UK in 2022. 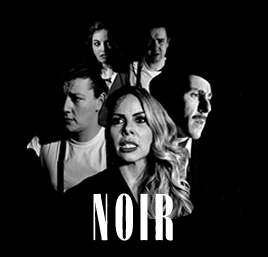 A stylish and stunning original thriller.

Veronica is a beautiful 40-year-old woman married to husband Cliff for 16 years, always wanting to be a star, she has now grown tired of the marriage and wants out.

Meeting a group of teenagers at the local school in which she works, sets in motion a plan that will include seduction, passion, lies, manipulation and murder.

All filmed on mobile phones during the height of the pandemic as we had to keep numbers in the venue down.